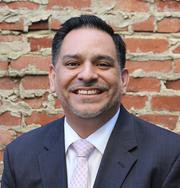 Michael and his wife Brenda moved to Placerville in 2005 after living in West Sacramento.  They purchased a historic home in town and have enjoyed living in the beautiful Foothills with their two dogs, Gus Gus and Alafair Mae.  They enjoy collecting paintings from local artists and furnishing their home with antiques collected throughout gold country.

Michael is a public affairs professional with nearly 20 years of experience in government and government relations. For the past 8 years Michael and his wife Brenda have owned and operated a boutique public affairs firm.   Prior to operating his own small business, Michael served in a variety of high-level positions within the Schwarzenegger Administration. He was Undersecretary at State and Consumer Services, Executive Director of the Employment Training Panel (ETP), Deputy Cabinet Secretary and Chief Deputy Appointments Secretary.

Michael has directed dozens of legislative and municipal campaigns and has been a senior advisor on several statewide elections. He worked in the California State Legislature serving as an aide for several Legislators.

Michael is a Board Member for the Crime Victim’s Action Alliance and is a graduate of Azusa Pacific University with a bachelor’s degree in Philosophy.

You can email Michael at msaragosa@cityofplacerville.org